Pat Griffin was born and reared in Reidsville, NC. In 1956 she was selected to attend the First Girl Scout Roundup in Milford, Michigan. She was graduated from Reidsville High School in 1959, and that fall she matriculated in The Woman’s College of the University of North Carolina. In her Junior year she was vice-president of her class. In her Senior year she was elected to Phi Beta Kappa, and was voted one of the ten outstanding members of her class. 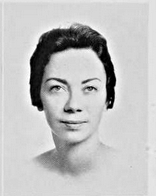 In 1963, she was graduated from Woman’s College with a BA in Math. After graduation, she worked as a mathematician at the US Naval Research Laboratory in Washington D.C. for almost three years, then taught 7th and 8th grade math at Thoreau Intermediate School in Fairfax County, VA for a year. She spent the next year teaching 10th grade math at Page Senior High School in Greensboro. During 1967-1969, Pat entered Graduate School at UNCG, and became a teaching assistant. In 1969, she and Maryanne Austin Hedgepeth became the first people to receive a Masters of Arts degree in Mathematics from UNCG. Pat’s master’s thesis was entitled “On the order listing of permutations.” The following fall Pat joined the growing faculty in mathematics at UNCG.

Pat continued to teach at UNCG until her retirement in 1997. She taught a variety of math courses including College Algebra, Trigonometry, Calculus I, II, and III, and a computer-programming course (CSC 236) and Calculus with computing during the 1980’s. The department head at that time, Dr. Eugene Posey, thought it was a worth having someone with knowledge in math working quarter-time in Academic Advising, and he selected Pat for that assignment. 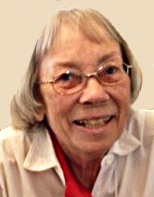 After Posey stepped down as head, the new head decided this was no longer necessary, and Pat returned full time to the Math Department. During her years at UNCG, Pat served as faculty advisor for the Square Circle Club (a local Math Club established by Helen Barton when she became department head in 1926) and she was the faculty advisor for the North Carolina Epsilon Chapter of Pi Mu Epsilon, the National Honorary Mathematical Society.

Since retiring to her farm in Stokes County, Pat has stayed busy enjoying gardening, mowing, crocheting, repairing small engines, solving puzzles, visiting with friends, reading and volunteering with Stokes County Habitat for Humanity. Recently Pat wrote to us: “It seems that I have always wanted to teach at UNCG and live in the country.” Mission Accomplished!

Pat was a wonderful person! She taught me Calculus I in 1994. Every day at the beginning of class she’d have some interesting story about raising chickens or installing a basketball goal or her time in the Navy working on aircraft carriers. It was like learning calculus from your overactive grandma. Yes, it was a surreal experience that I feel lucky to have had a chance to undergo. — Richard Cheek