Mathematical biology is an interdisciplinary discipline where research work in mathematics finds a wide range of applications in biology, medicine and biotechnology. The focus of our group is on modeling of biological processes, using a variety of applied mathematical and statistical techniques and tools. 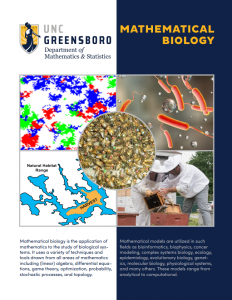 Modeling is a beautiful area of research that lies somewhere between an art and science. A typical modeler’s project is as follows:

Although math biology is a highly applied area of mathematics, a deep knowledge and understanding of pure math is needed and often required in order to come up with a sufficiently good math model. There are no boundaries or limits. ODEs and PDEs are the most classical models, but many models have been done using stochastic processes (and probability in general), topology, discrete math, combinatorics or geometry. 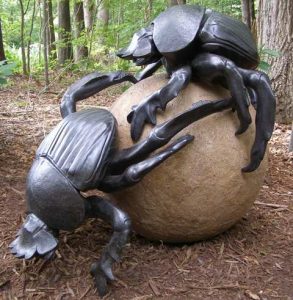