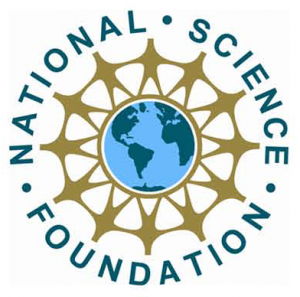 As part of a NSF-funded study “Mathematical and Experimental Analysis of Ecological Models: Patches, Landscapes and Conditional Dispersal on the Boundary,” we study the existence and multiplicity of solutions to the equation

where $$\lambda>0$$ is a real parameter, and $$\gamma>0$$ and $$0<A<1$$ are constants related to the quality of the surrounding environment and dispersal rate on the boundary, respectively.

Solutions to (0,1) are steady states of a reaction-diffusion equation which models a population with U-shaped density dependent dispersal on the boundary (i.e., high rates of dispersal when population size is very high or very low and low rates of dispersal for intermediate population sizes; see Figure 1. While the case of positive density dependent dispersal has been well researched, the case of negative density dependence has been treated in few cases and the case of U-shaped density dependence has not been treated at all. We study existence, multiplicity, and uniqueness results for certain ranges of the parameter $$\lambda$$ and explore how these results depend on the constant $$\gamma$$. Our theoretical results will be compared to experimental results of collaborators Jim Cronin and Rachel Harman of LSU (see Figure 2).

Further adapting earlier models, we aim to develop a competing species reaction diffusion system to model competition mediated dispersal. In this case, two competing organisms occupy the same patch $$\Omega = \left \{ \ell x\ |\ x \in \Omega_0 \right \}$$ surrounded by a tunable hostile matrix. The main assumptions of the model are: 1) potential competitors have no effect on within-patch diffusion patterns, and 2) the emigration rate increases and/or the shape of the density-dispersal curve changes in the presence of an interspecific competitor. In other words, an unbiased random walk is assumed throughout the patch, while on the patch boundary organisms bias their movement in that their dispersal (emigration) from the patch is dependent on the density of the other organisms. I will then study the existence, nonexistence, uniqueness, multiplicity, and stability of positive steady state solutions of the model as the patch size $$\ell$$ and matrix hostility $$S^*$$ are both varied. Predictions of the persistence of the population will then be related to the biologically meaningful parameters providing crucial insight into the effects of habitat fragmentation and predation on the patch level dynamics of the population.