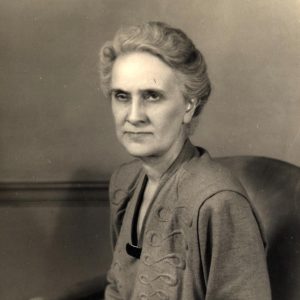 Martha Helen Barton was born in Baltimore, Maryland on August 9, 1891. She attended Goucher College (Woman’s College of Baltimore until 1910) and graduated in 1913. The year after her graduation, Helen Barton served as an assistant in physics at Goucher and the following year did graduate work in mathematics and physics at Johns Hopkins. From 1915 until 1919, Helen Barton served as a head of the department of chemistry and physics at Salem College in Winston-Salem, NC and was an instructor in mathematics at Wellesley College for the two years after that. She continued her graduate work at Johns Hopkins in the summers of 1920 and 1921 and at Harvard in the winter of 1921 while teaching at Wellesley. She received her master’s degree from Johns Hopkins in 1922. In 1921, she moved to Albion College in Michigan, where she was an associate professor of mathematics. The doctorate was awarded in 1926 with physics as her first subordinate subject and applied mathematics as the second. Helen Barton spent the year after as a professor and department head at Alabama College (today’s University of Montevallo).

In 1927, Helen Barton joined the faculty at the North Carolina College for Women (today’s UNCG), where she was to remain until her retirement. She began her career as associate professor and acting head of the department. In 1928, she became full professor and head of the department. She retired in 1960 as professor emeritus at the age of 68 but continued teaching part time. In additon to teaching and chairing the mathematics department, Helen Barton was active both on campus an in various professional groups including the faculty science club, the campus chapter of Phi Beta Kappa, AAUW, the NC Education Association, and the NC Academy of Science. In 1960 the faculty lounge in the McIver classroom building was named in her honor.

Helen Barton died in Greensboro at age 79 and was buried in Baltimore. 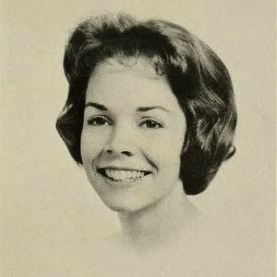 Vicky Martin Langley, a native of Raleigh, graduated from Woman’s College of the University of NC in 1962 with a degree in Mathematics. Vicky came from a family filled with teachers in every aspect of education and she was a teacher for a short while. Shortly after graduation she married Gene Langley from Albemarle, NC and they settled in Raleigh. One year later they became parents for the first time and Vicky “retired.”

Vicky became fascinated with the patterns in mathematics in the fourth grade and retained a lifelong interest in the subject. She hopes that many young people – especially young women – will share her love and will become teachers of mathematics.

Gene and Vicky have been blessed in many ways and want to help young people with their education expenses. 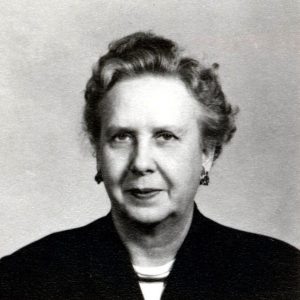 The Ione Holt Grogan Scholarship was established by her brother, Frank Grogan. The Grogan Residence Hall, designed by Six Associates of Asheville, North Carolina, was opened in 1963 and was named in honor of Ione Holt Grogan, professor of mathematics from 1935 to 1958 and Alumnae Association President from 1945 to 1947.

The scholarship is awarded on the basis of academic achievement to undergraduate North Carolina residents. 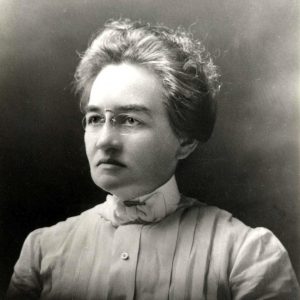 Miss Gertrude W. Mendenhall was one of the charter members of the faculty who served as head of the department of mathematics from the founding of the school in 1892 until her death in 1926. She attended and graduated from New Garden Boarding School (now Guilford College). She then went on to Wellesley and received her degree in 1885. She spent the following four years teaching at the Peace Institute in Raleigh. She also taught at Guilford College before coming to this school.

In her will, Gertrude Mendenhall established a fund which she entitled the “Judith J. Mendenhall Mathematics Scholarship Fund” after her aunt. She states that the fund is to be used as a both merit and needs based scholarship for students who desire to do higher work in mathematics and the allied sciences and have successfully completed freshman mathematics. 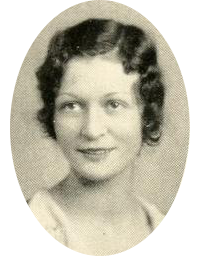 Mary Deese Murray was a 1932 graduate of the Women’s College (now UNCG). A native of Stanly County, she spent thirty-three years teaching high school mathematics and english. She retired in 1965 and devoted the rest of her life to various civic and community activities in Hickory, NC. She took a great deal of pride in the number of her students who attended UNCG and gave to the University every year after she graduated. Mrs. Murray died in October 1995, but her gift through her estate will perpetuate her support of her beloved alma mater. 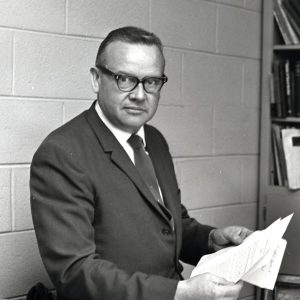 Dr. Posey was the head of the Mathematics Department at UNCG from spring 1965 to fall 1980. He set about transforming the small mathematics department of the Woman’s College into a university-level department with a stronger undergraduate program and a graduate program.

He stepped down from the department head in August 1980 to return to teaching. He retired from UNCG in 1988. Before leaving, he and his wife Christine—they were married on Christmas day in 1943—made a generous contribution to the department’s student scholarship fund. Posey died on May 7, 2008 at the age of 87. 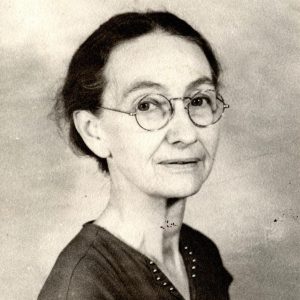 Cornelia Strong was a professor of mathematics and astronomy at the North Carolina State Normal and Industrial College (later to become UNCG) and served for 43 years.

She received a Bachelors of Arts degree from Cornell University in 1903. A life long student, Strong studied in the summers at various universities including Cornell, Harvard, Michigan, California, Colorado, and Wisconsin, eventually receiving a Masters of Arts in Mathematics and Astronomy from the University of Michigan in 1931. That same year, she introduced astronomy to the curriculum in Greensboro.

Strong also co-authored a high school algebra textbook with Professor Tanner one of her mentors from Cornell University. 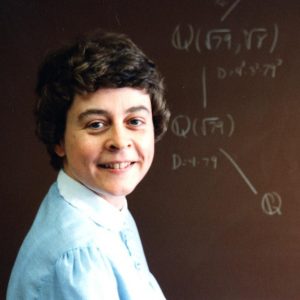 Theresa Elizabeth Phillips Vaughan 1941-2009, was born in Kearney, Nebraska, and grew up in California. She received a B.A. from Antioch College, an M.A. from American University, and a Ph. D. from Duke University, all in mathematics. Professor Theresa Vaughan was a member of the Mathematics Faculty at UNCG for 21 years before retiring in 2008. She was very involved with her students, and served as chair of the Mathematics Scholarship committee. She was vice president of the Board of Directors of the International Fibonacci Association, and a member of several professional organizations. Most of her research was in algebra, finite fields, combinatorics and discrete mathematics. She was the author of many published papers collaborating with many colleagues and students at UNCG and with researchers from other universities.

In 1988, Theresa conceived the idea of a one-day regional conference on number theory and combinatorics, and she hosted the first of what grew into an annual two-day conference called SERMON which is an acronym the “SouthEastern Regional Meeting On Numbers.” 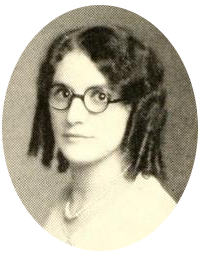 Bertha Barnwell Vielhauer was born in February, 1907 and grew up in Edneyville, NC. She graduated from Fruitland Institute before attending NC College for Women (now UNCG). In 1929, she graduated with honors with an A.B degree in mathematics. Mrs. Vielhauer was a life-long learner. She attended the California School of Design to study costume design. She attended night school to study various crafts and languages. She studied German, Spanish, French, and Italian, which were put to good use during foreign travels.

Carol Adams arrived at UNCG in 1973 eager to learn and with the goal to go to medical school. It was her great fortune to also meet two incredible women in Kathy Culbreth Hamilton and Susan Nunn. They were all math majors and became lifelong friends.

After graduation in 1977, Carol completed medical school at Bowman Gray School of Medicine, now known as Wake Forest School of Medicine. She completed a residency program at Duke Medical Center to become an Anesthesiologist in 1985. She has recently retired from an interesting and fulfilling career in medicine. Throughout, Carol maintained her close friendships with Kathy and Susan and now celebrates these women and their extraordinary experience at UNCG with this scholarship.