Theresa was born in Kearney Nebraska, and grew up in California. She received a B.A. from Antioch College, an M.A. from American University, and a Ph. D. from Duke University all in mathematics. Professor Theresa Vaughan was a member of the Mathematics Faculty at UNCG for 21 years before retiring in 2008. She was very involved with her students, and served as chair of the Mathematics Scholarship committee. She was vice president of the Board of Directors of the International Fibonacci Association, and a member of several professional organizations. Most of her research was in algebra, finite fields, combinatorics and discrete mathematics. She was preceded in death by her mother, Jean Bostrom Phillips, a sister, Julia Redant, and a brother Randall. She is survived by her husband, Professor Jerry Vaughan, her father, Randall Phillips, and two sisters, Mary Kantor and Jeanette Irving.

In 1988, Theresa conceived the idea of a one-day regional conference on number theory and combinatorics, and she hosted the first of what grew into an annual two-day conference called SERMON which is an acronym the “SouthEastern Regional Meeting On Numbers.” SERMON has met every year from 1988 until the present (2009) at the following schools: UNC Greensboro, University of Georgia, University of South Carolina, The Citadel, College of Charleston, Wake Forest University, and Clemson University. More information may be available at http://www.math.clemson.edu/~kevja/SERMON/ 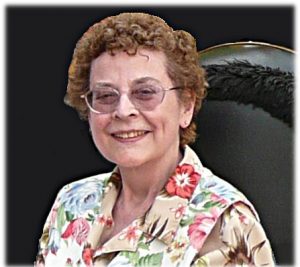