Andrew (Drew) Fleming Long, Jr. was born in Morgantown, West Virginia and was graduated from Morgantown High School. He attended West Virginia University and was graduated in 1960 with a Bachelor of Science in Electrical Engineering. As part of this training in Electrical Engineering, he took an internship during two summers with Westinghouse Corporation. He did well during his internships, but decided that the corporate life was not his main interest. He started thinking about going in a different direction. Drew had a friend who was a chemical engineering major and was considering switching into mathematics. Eventually Drew and his friend decided to apply for an NSF fellowship for a master’s degree in mathematics. Both were awarded the fellowship, and by taking courses in summer school, Drew finished in one year. He was graduated from West Virginia University with a Masters of Arts degree in mathematics in 1961.

A member of the West Virginia math faculty, Lewis Bragg, suggested that Drew continue his education. Bragg had taught at Duke University for a number of years, and suggested Duke as a possible place for Drew to continue his studies. Drew was accepted into the Duke University Mathematics Ph.D. program in 1961. He wrote his dissertation “Factorable Polynomials in several indeterminates over a finite field” under the direction of the famous algebraist Leonard Carlitz and was graduated with the Ph.D. in math in 1965. His first academic position was at St. Andrews College, in Laurinburg, NC, and he was there for two years, but he discovered that he missed working with colleagues in his areas of research, and he would prefer to live in a larger city. A new position at UNCG offered him the opportunity to achieve both goals. He was offered the position, and came to UNCG in 1967. During the 1980’s Drew attended the Institute for Retraining in Computer Science at Kent State University, and following that he taught several mathematically related computer science courses at UNCG during the time that computer science was beginning its rapid advancement. A few years later, Drew did consulting work for Soabar Graphics division of Avery International, and solved a production scheduling problem for them using a bin packing algorithm. Drew hoped to publish his solution, but Avery considered the computer program that accompanied it to be proprietary since the method would be of use by competitors. For this reason he was not able to publish his results. After successful career of 34 years at UNCG, Drew retired in 2001, and took up in earnest his love of travel abroad. 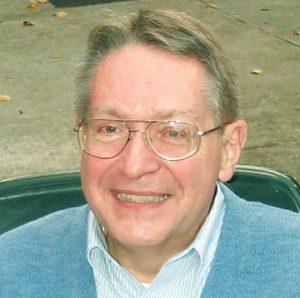