David G. Herr graduated from R. J. Reynolds High School in Winston-Salem, N.C. in 1955. He became a statistician through an unusual route. He was awarded two degrees from the Georgia Institute of Technology, an undergraduate degree in Electrical Engineering, after which he changed directions and obtained a master’s degree in Mathematics. He then went to the University of North Carolina at Chapel Hill where he obtained a Ph.D. degree in Statistics in 1966. His dissertation entitled “Asymptotically optimal tests for an exponential family of distributions,” was written under the direction of Wassily Hoeffding, one of the founders of nonparametric statistics.

David G. Herr’s first academic appointment was at Duke University. He came from there to the mathematics department at UNCG in 1973 where he remained until he retired in 2002. At UNCG, Dr. Herr taught statistics courses, published articles on statistical research and classroom notes, and he also worked in the department’s Statistical Consulting Center where he helped researchers at UNCG in other fields with the statistical analysis of their experiments. As a result of his consultations, he sometimes was a joint author on their publications. For example, we mention his paper with Jacquelyn W. Gaebelein in the UNCG psychology department, “Nonorthogonal two-way analysis of variance,” Psychological Bulletin, Vol 85(1), Jan 1978, 207-216. David carried into retirement his love of photography, especially wildlife and landscapes, and his love of sailing. 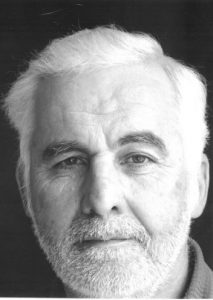