When Karl Ray Gentry entered Wake Forest University as an Freshman, his interests were in Accounting and French. He studied French for six semesters, but eventually became a math major. He was graduated from Wake Forest University in 1960 with a BA in Mathematics. The department head of mathematics at Wake Forest recommended Karl to Professor M. K. Fort who was seeking graduate students for his Ph. D. program at the University of Georgia, and Fort offered Karl a NEDA Fellowship to attend graduate school at UGA. Karl accepted the offer and was finishing his dissertation when Professor Fort suddenly died. Karl finished his degree under the direction of B. J. Ball, and was graduated from the University of Georgia in 1965. His Ph. D. dissertation is entitled “Inverse Limit Spaces; Periodicity and Transformation Groups.”

Karl joined the UNCG mathematics faculty in 1965. He was one of the first mathematicians recruited to UNCG to support the Math Department’s new master’s degree programs in mathematics. He wrote seven research papers with the late Hughes Hoyle, III who was also among the early contributors to the master’s program at UNCG until he moved to The Citadel in 1986. Karl remained on the UNCG faculty until he retired in 2000. Karl stays active on his family farm, which he manages with his three brothers. 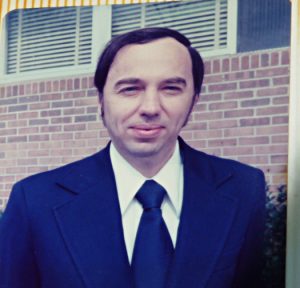