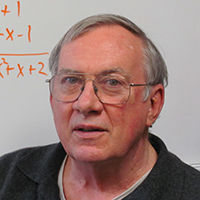 Paul Duvall graduated from Davidson College in 1963 with a BA in Mathematics and from The University of Georgia with MA (1965) and PhD (1967) degrees in Mathematics. His priciple mathematical interest was Geometric Topology.

Paul went through the ROTC program at Davidson and received a reserve commission as a US Army Second Lieutenant, together with an obligation to serve on active duty. When he finished his PhD work, he stayed on at Georgia as an Assistant Professor for two quarters while waiting for his Army Assigment. In the spring of 1968, he went on active duty. After completing the Infantry Officer’s Basic Course, he spent the rest of his military obligation at Fort George G. Meade in the Mathematics Research Office of the National Security Agency. During his time at NSA he became interested in the applications of mathematics to cryptography, and when his military tour ended, he continued his affiliation with NSA by making annual visits as a consultant.

When Paul’s military duty ended in the spring of 1970, he joined the Mathematics Faculty at Virginia Tech as an Assistant Professor in fall 1970. He then moved to Oklahoma State University as an Associate Professor in the fall of 1971. He was promoted to Professor in 1977, and served as Acting Head of the Mathematics Department in 1984-85.

During his years at OSU, Paul continued his research in geometric topology. Most of his work in those years was concerned with the exciting interplay among classical differential and combinatorial topology, infinite dimensional topology, and shape theory. In particular, he and colleague Don Coram discovered and developed the theory of approximate fibrations, a generalization of the standard theory of Hurewitz fibrations.

In the years that Paul served as department head, his mathematical interests turned toward topological aspects of chaos theory, fractals and discrete dynamics. He enjoyed fruitful collaborations with Larry Husch and James Keesling on these topics. In particular, Duvall and Keesling solved an open problem by applying their studies of the boundaries of fractal sets to show that the boundary of the notorious “Levi’s Dragon” is a fractal set.

Paul’s interests in NSA’s mathematical problems increased steadily throughout his career, and by the time he stepped down as department head, almost all of his research time was devoted to the mathematics of cryptography. He spent the 2000-2001 academic year at Fort Meade as a Visiting Staff Member for the Institute for Defense Analyses’ Center for Computing Science at nearby Bowie, MD. When he returned to UNCG in 2001, he continued his consulting work in summers and other break times. In addition to his visits to Fort Meade, he participated in a number of classified summer workshops in La Jolla, CA; Princeton, NJ; El Segundo, CA and Bristol, England.

In 2000, General Michael Hayden, the Director of the NSA, sent a letter to UNCG’s Chancellor commending Paul’s work. Here are a few lines from General Hayden’s letter:

“Dr. Duvall has been an expert mathematical consultant to the National Security Agency for over two decades, and he is famous for his ability to rapidly identify and solve the mathematical problems at the core of complex technical challenges. The recent victory in which Dr. Duvall played a decisive role represents one of the most spectacular advances in classified mathematical techniques in the past four decades. This achievement will have a dramatic impact on our signals intelligence mission for many years.”

Throughout his time at UNCG, Paul was active in teaching and university service. He won the College of Arts and Sciences Senior Faculty Teaching Excellence Award in 2012. At the state level, he served several terms (1992-99, 2004-2010) as a delegate the UNC state system’s Faculty Assembly, including two years as Secretary of the Assembly and two years as Chair of the Assembly’s Budget Committee. He also served as a member of the Advisory Board for the North Carolina Early Mathematics Testing Program from 1996 until he retired.

After Paul stepped down as Head in 2000, he continued his service to the department by becoming the departments Director of Graduate Studies. In that role he was actively involved in developing the curriculum for the Department’s application for a PhD in Computationial Mathematics. The application was successful, thanks largely to the leadership of Alex Chigogidze, who was Department Head at that time. The Department started its new PhD program in 2008. Paul continued in the role of Director of Graduate Studies until 2011.

Paul retired from UNCG at the end of the 2015 academic year. 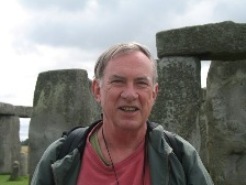