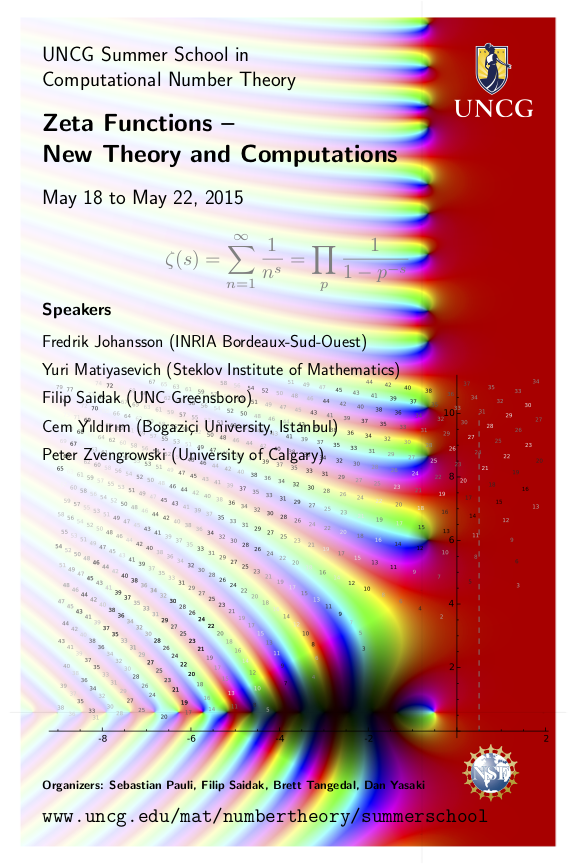 From May 18 to May 22, 2015, the University of North Carolina at Greensboro is hosting a summer school entitled Zeta Functions — New Theory and Computations.

The speakers will be

The summer school in computational number theory fills a gap in the education of many graduate students. Most graduate courses in number theory take a mainly theoretic approach with very little emphasis on the computational aspects of the subject. The goal of the UNCG Summer School in Computational Number Theory is to complement this with a constructive-algorithmic approach. Many of the algorithms used for number theoretic computations are non-trivial, which makes it difficult to cover them in a standard course.

On a typical day, external and local experts give talks in the morning, and in the afternoon students solve problems related to this material. The talks early in the week introduce the students to the subject. Talks later in the week cover related areas of current research and unsolved problems. The problems given to the students might be of a theoretical nature but could also involve programming problems and computer experiments. All problems are aimed at increasing the students’ understanding of the material by working with it.

All talks will take place in Room 213 in the Petty Building (campus maps and directions).

Some Sage can help with experimenting with zeta functions. The LMFDB contains a database of L-functions. We also have an example Arb program. Yuri Matiyasevich has a page with his talks, audio recordings, and his animation in various formats.

Information for visitors, including directions to UNCG and Petty Building. 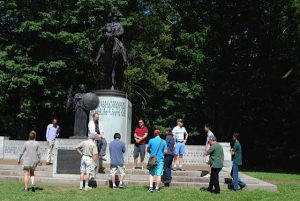 The summer school in computational number theory is supported by UNCG and the NSF (DMS-1303565).