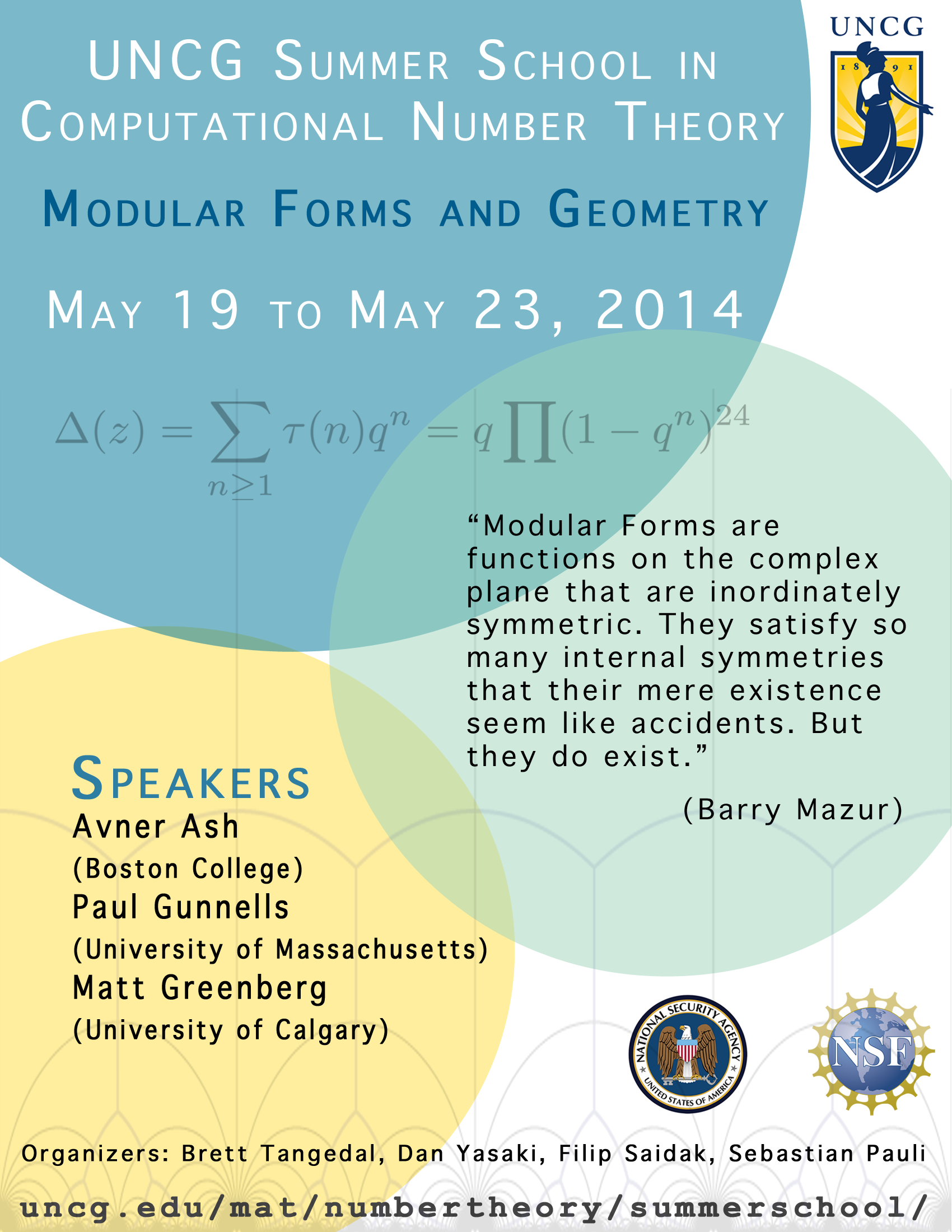 From May 19 to May 23, 2014, the University of North Carolina at Greensboro is hosting a summer school entitled Modular Forms and Geometry.

Modular forms play an increasingly important role in number theory and arithmetic geometry. The main focus of the summer school is the study of computional aspects of modular forms and related objects. Topics may include classical modular forms and modular symbols, group cohomology and Galois representations, and lattice enumeration and isometry testing techniques to compute with spaces of modular forms for compact forms of classical groups.

On a typical day, external and local experts gave talks in the morning, and in the afternoon students solved problems related to this material. The talks early in the week introduced the students to the subject. Talks later in the week covered related areas of current research and unsolved problems. The problems given to the students might be of a theoretical nature but could also involve programming problems and computer experiments. All problems were aimed at increasing the students’ understanding of the material by working with it.

All talks took place in Room 219 in the Petty Building (campus maps and directions). Directions from the Biltmore Hotel to Petty. (Switch to walking directions.)

Information for visitors, including directions to UNCG and Petty Building. 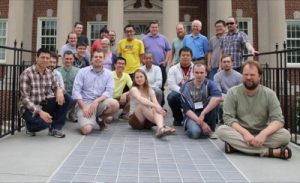