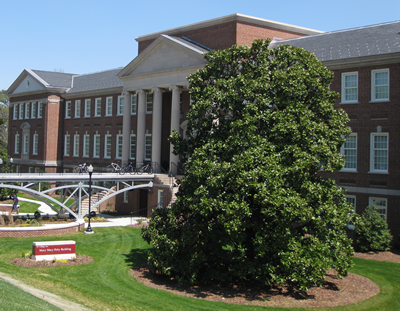 The Palmetto Number Theory Series (PANTS) is a series of number theory meetings held in South Carolina, the Palmetto State, and other places in the Southeast. The core members of the PANTS consortium are Clemson University and University of South Carolina. PANTS is funded for the 2010-2011 academic year by grants from the NSF (DMS-1001553) and NSA.

See the PANTS homepage for more information about PANTS and past and future meetings.

The plenary speakers at PANTS XIII are Harold Stark and Farshid Hajir. The invited graduate student speaker will be Yu Zhao from McGill University.

I will describe a general phenomenon, that of “asymptotically good families” which arises in multiple context. For a set of interesting objects (examples: curves over finite fields, number fields, regular graphs, linear codes, or hyperbolic 3-manifolds, lattices, etc.), equipped with an appropriate notion of “type” as well as of “quality,” we seek infinite families of objects of a fixed type whose quality remains high. This defines a function measuring the optimal quality of such families as a function of the type. In many contexts, zeta functions provide upper bounds for this function, and modular forms provide lower bounds. In the most favorable cases, the two bounds actually meet, as in the case of “Ramanujan graphs” for example. I will try to put all of this in a common framework, with the hope that it stimulates cross-fertilization of ideas and promotes the search for further analogies of this type in other contexts.

Suppose S is a set of positive integers which one wishes to enumerate. The sets of interest have the property that the obstructions to being in the set S are in correspondence with the primes: For each prime p, there is a set Sp such that any integer in Sp is not in S and further S consists of all integers not in any of the Sp. In the most interesting questions of this sort, it is not even known that S is infinite, but nevertheless there are conjectures that S is infinite and the density of numbers in S is even conjectured. I will discuss one or more of these questions.

Let {an} be a sequence of integers. We say that &Sigmaan/n! is an factorial series. The speaker would like to describe the important role which factorial series play in the study of irrationality and linear independence. In addition, some unsolved problems in these theories will be included. New theorems of Tijdeman and the speaker will be presented. The results will be applied for the case of the series &Sigma[n&alpha]/n! where &alpha is a positive real number.

Motivated by classical identities of Euler, Schur, and Rogers and Ramanujan, Alder investigated qd(n) and Qd(n), the number of partitions of n into d-distinct parts and into parts which are \pm 1 (mod d+3), respectively. He conjectured that qd(n) &ge Qd(n).Andrews and Yee proved the conjecture for d = 2s-1 and also for d &ge 32. We will discuss a proof of Andrews’s refinement of Alder’s conjecture which follows from determining effective asymptotic estimates for these partition functions (correcting and refining earlier work of Meinardus), thereby reducing the conjecture to a finite computation.

Michael Mossinghoff: The distance to an irreducible polynomial

More than 40 years ago, P. Turán asked if every integer polynomial is “close” to an irreducible polynomial. More precisely, he asked if there exists an absolute constant C such that for every polynomial f in Z[x] there exists an irreducible polynomial g in Z[x] with deg(g) ≤ deg(f) and L(f–g) ≤ C, where L(·) denotes the sum of the absolute values of the coefficients. This problem remains open. We show that C = 5 suffices for all polynomials with degree at most 40 by using a computational strategy, and discuss how well our results fit the predictions of a heuristic model. This is joint work with Michael Filaseta.

Let G(x) be an irreducible polynomial with integer coefficients. It is conjectured that the set { n &isin N: G(n) is prime } is infinite for most G(x). If Pr denotes the set of squarefree positive integers with at most r prime factors, we consider the set { n &isin N : G(n) &isin Pr } with the goal of showing that it is infinite for a suitable choice of r. Considerable work has been done on this problem, with the most notable results being due to Iwaniec, Buh{v{s}}tab, and Richert. Here we show that if deg(G(x)) = 2, then we may take r = 2. For those G(x) with deg(G(x)) &ge 3, we establish conditions on G(x) which allow us to conclude that there is a suitable choice of
r &le deg(G(x)).

t-core partitions arise naturally in the representation theory of the symmetric group. We will use a variety of tools from the theory of modular forms (the circle method, Deligne’s bound, and L-functions) to study asymptotics for the number of t-core partitions of n. As a consequence, we will prove a number of cases of a conjecture of Stanton.

Here we prove that Benford’s law holds for coefficients of an infinite class of modular forms. Expanding the work of Bringmann and Ono on exact formulas for harmonic Maass forms, we derive the necessary asymptotics. This implies that the unrestricted partition function p(n), as well as other natural partition functions, satisfy Benford’s law.

Filip Saidak: Monotonicity of Riemann zeta and other prime-related functions

Barry Smith: The Brumer-Stark Conjecture for Some Cyclic Extensions

Recent progress on conjectures concerning special values of equivariant L-functions uses Iwasawa theory. I will discuss an alternative approach to the Brumer-Stark conjecture for degree 2p extensions of number fields using a conjectural explicit expression for the equivariant L-function value. This approach avoids some of the drawbacks arising from Iwasawa-theoretic proofs and allows verification of some new cases of the conjecture.

We will show how the formulas mentioned in Paul Young’s talk may be applied to computationally explore certain p-adic conjectures analogous to Stark’s original conjecture. This talk represents joint work with Paul Young.

Let F be a number field, and let E be the ray class field of modulus m. A Stark unit is a special element n in E such that
&zetam(&sigma, 0) = -(1/wE) log|&sigma(&eta)| for all &sigma &isin H. One goal is to “get inside the absolute value” to give an analytic expression for &eta. Shintani describes a method of computing &zetam in terms of a certain polytopal cone decomposition of a real vector space, and the decomposition into the cones sheds light into this problem. I will report on some computations over imaginary quadratic fields done this summer with B. Tangedal introducing me to these topics.

We define p-adic multiple zeta and log gamma functions using multiple Volkenborn integrals, and develop some of their properties. Although our functions are close analogues of classical Barnes multiple zeta and log gamma functions and have many properties similar to them, we find that our p-adic analogues also satisfy reflection functional equations which have no analogues to the complex case. We conclude with a Laurent series expansion of the p-adic multiple log gamma function for
(p-adically) large x which agrees exactly with Barnes’s asymptotic expansion for the (complex) multiple log gamma function, with the fortunate exception that the error term vanishes. Indeed, it was the possibility of such an expansion which served as the motivation for our functions, since we can use these expansions computationally to p-adically investigate conjectures of Gross, Kashio, and Yoshida over totally real number fields. This talk represents joint work with Brett Tangedal.

The meeting is free of charge for all participants.

PANTS has a limited budget from which to provide support for travel. Here is a visitor expense form which may be used to request support.

If you wish to apply for travel reimbursement you MUST send an e-mail to Matt Boylan (boylan@math.sc.edu) or Sebastian Pauli (s_pauli@uncg.edu) by September 17. If you are neither a U.S. citizen nor a permanent resident you MUST send the e-mail to Matt or Sebastian by September 10, as the paper work in this case is more time-consuming. We need to know how many people will be attending so that we can plan accordingly.

In order to stretch our budget, we encourage car pooling and students to share lodging as much as possible.

You can find directions on the For Visitors page of our department.

A hotel in walking distance to UNCG is the Biltmore. To get the university rate, say that you are attending a conference at UNCG. Two B&Bs are not too far from campus: Dailey Renewal Retreat and Haynes Bed and Breakfast. More options can be found on the UNCG list of local hotels.

All talks will take place in Room 150 in the Petty Building (29 on the campus map). The room is equipped with whiteboards, a computer, a beamer, and a document camera, as well as computer hookup.